Alcohol abuse is one of the most dangerous problems of this era. It s a type of psychiatric diagnosis in which individuals drink heavily in one time only, which results in bad health of the individual and other serious problems too.

Alcohol is used as a recreational drug and if taken in small doses may produce euphoria and relaxation. Therefore, it is a type of psychoactive drug. But when it is taken in heavy doses results in various health problems and termed as alcohol abuse or alcohol use disorder.

It results in 3.3 million deaths annually (according to the surveys of WHO on Alcohol and Health 2014).

What is alcohol abuse?

It is defined as an excessive use of alcohol. It is of various types. One in which individuals drink to get rid of the anxiety and the other, is to seek pleasure.

It results in mental illness and leads to alcohol dependence.However, people already know about the bad effects of heavy consumption of alcohol, even though, they consume it and it leads to their deterioration.

Alcohol abuse is one the ways of drinking, which leads to the bad health of an individual, problems in their interpersonal relationship and their working ability. It may be defined as habitual heavy drinking habits in single time only.

It is also known as alcoholism or alcohol use disorder. It may have short and long-term effects depending upon the amount of alcohol consumed.It may have varying effects on an individual’s health that primarily depends upon the age of individual.

For example, a small amount or dose of alcohol may have a strong impact on older people as compared to the younger ones. People become habitual of it and as a result their health suffers overtime.

There are no specific causes for alcohol abuse. It may be related to high anxiety or stress level through which the people suffer and drink alcohol because they think it lowers the stress level and anxiety.

Some of the other reasons are financial problems and genetic problems. Peer pressure or we can call it influence from our friend circle is one of the main reasons why most of the people, mostly the youth, abuse the alcohol. Some of the youths are not aware about the results of alcohol abuse and drink just to show off to their friends.

Some people blame the easy availability of alcohol is one of the main reasons for alcohol abuse. It can also be related to the social and cultural factors. As environment around the people affect their living style and habits.

Mental illness is one of the main cause of the alcohol abuse. People consume alcohol because of the wrong perception they have that it relieves from stress and relaxes the mind.

Signs and symptoms of alcohol abuse

There are various signs and symptoms of alcohol abuse and it may vary from person to person. They are associated to the effect on central nervous system and other body organs.

Irritability and insomnia are the signs which come in earlier stages of alcohol abuse. Insomnia refers to the sleep disorder or we can say individuals have problem in sleeping because of the depressed mood.

It results in violent behavior of the individuals with others. It may result in less involvement in co-curricular activities. People start getting depressed easily and result into the restlessness. People get in the habit of drinking as such that they are unable to refuse the drink when offered.

The effects of alcohol abuse are both short-term and long-term.

Short term effects include nausea, which is a discomfort in upper stomach which results in vomiting. Headaches are common in alcohol abuse. People often are not able to speak properly while the individual is drunken which is also called slurred speech. Impaired judgement is also one the effects of alcohol abuse.

Long term effects include blackouts which can be explained as a temporary loss of consciousness. People who are abusing alcohol for long time are not able to remember the things for a long time or in simple language we can call it memory loss.

People who are drinking alcohol from a long time have liver related diseases which can damage their liver. Alcohol stops the functioning of liver.

Sometimes, it may result in the death of the individuals who are abusing it. Thiamine deficiency is also one of the effects of alcohol abuse.

Other risks of alcohol abuse which are of high concern are brain damage and individual may have the chances of cancer.

Difference Between Drug and Alcohol Abuse

Whereas alcohol is an organic compound which is consumed in liquid form to seek pleasure or relief from stress and anxiety. When taken in large amount, affects the health of the individual badly. Alcohol is used as a type of drug.

As we know that drugs can be used as illegally but it is also taken as medicine to cure diseases. While, alcohol is mainly used for drinking purpose.

Underage drinking is known as teenage drinking.  Nowadays youths start drinking in early age which results in deterioration of their health which have long-lasting effects.

It all starts with a small drink and youngsters don’t even understand when they have got indulged in heavy drinking and they become habitual of it. Sometimes, they are influenced by their family and deviant peers.

As a result, they get involved in anti-social activities and sometimes, victims/cause of crimes. It leads into high stress level and anxiety and depression too. Due to this, teens are unable to pay proper attention towards their studies and their work.

Treatment for alcohol abuse is a slow and long process. Treatment differs from one person to another person. Treatments are of different types.

Rehabilitation camps are organized for alcohol abusers by the government for the welfare of people. In these, through proper counselling and medication, patients are treated.

It refers to the behavioral counselling of the alcohol abusers by the health professionals in which patients are told about the bad effects of the alcohol and the ways to avoid them.

Meditation helps in lowering down the stress levels and depression. It relaxes the mind and helps in re-gaining the concentration of the mind as well as help in improving one’s health.

We strongly recommended these 3 articles for you. You must read them as well: 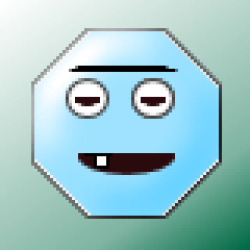