What is Stem Cell Therapy

Stem cell therapy, also known as regenerative medicinal therapy. It is a technique of implanting stem cells to induce reparative action and cure many types of body disorders.

Stem cells are unspecialized or undifferentiated cells with the ability to replicate the functionality of any specific cell type inside the body. This characteristic of stem cells enables them to repair tissues, blood vessels and organs. Stem cell therapy has actually cured some serious body ailments, which were once regarded as incurable.

Stem cell therapy is a field of organ transplantation where stem cells replace organs like heart or kidney to generate responses in injured or non functional parts of the body.

Stem cells undergo self renewal by the process of mitotic cell division. Since organs in the body are limited while stem cells are not, stem cell therapy is a significant and promising technology in the domain of medical science.

Bone marrow has been most extensively used for stem cell transplantation for more than a decade. Deriving stem cells from bone marrow is a difficult and agonizing process. Hence, medical research looks forward to alternative rich sources of stem cells.

Umbilical cord blood provides the option of painless extraction. At first, stem cells collected from the donor through liposuction. Then, these are allowed to grow in a laboratory under sterile conditions and treated with chemicals so as to stimulate specific desirable attributes.

Hence treated stem cells assume the characteristics of muscle cells, blood cells and nerve cells, which can then be implanted into the specific areas in the body of the patient. In this way, the defects in muscular functioning are repaired. Besides, stem cells are also used for dermatological operations like facial and scalp treatment.

Embryonic stem cells are developed with the help of a meticulous technique known as invitro fertilization. This technique is generally applied in case of complications inside the female body, which do not allow normal process of conception or delivery.

With the help of cell culture, an invitro fertilized baby is developed in the laboratory. The starting material is the intrinsic cell mass of an embryo in the earlier stage, which is known as blastocyst.

Blatocyst is a rich source of stem cells which are characterized by a unique identifier, known as pluripotency. This factor helps in its differentiation ability to transform into any other cell type with specialized functions.

Stem cell therapy has been in practice since 30 years or more. However, some invention or research is done everyday and that unfolds a new chapter in the spheres of medical treatments.

Limitations and side effects can never be ignored. Exposure to radiation during chemotherapy may be a source of serious metabolic disorder in itself. Loss of immunity may be a cause of future health problems. Both patients and therapists need to be very informed and careful while deciding to have a transplantation, so as to achieve desired objectives.

It has been confirmed by consistent results that stem cell therapy effectively heals ailments related to blood pressure in addition to Fibromyalgia, Joint pain and Crohn’s disease.

It is also known to cure autoimmune diseases like type 1 diabetes and malignant tumors like myeloma. In future, stem cell therapy will find increased applications in fields like dental growth stimulation and dermatolog

Stem cell therapy can be applied for non-surgical treatment of hair related ailments like hair loss or premature baldness.

Stem cells implanted in the follicles act as to regenerate the cells required for restoring healthy growth of hair follicles. Such stem cells are known as human hair follicle generating stem cells. In the future, stem cell therapy is expected to be capable of curing complicated hair related diseases like scarring alopecia and initiating revolutionary techniques in the field of cosmetics.

Research conducted at University of Pennsylvania’s Perelman school of Medicine has contributed immensely to the domain of stem cell therapy for boosting hair and scalp health. At first, human skin cells are genetically modified to form Induced Pluripotent skin cells (iPSc), which have the potency to change into any cell type. Hence iPSc’s get converted into Epithelial stem cells, which are found in hair follicles.

Within a duration of 18 days, conversion of a quarter population of induced pluripotent stem cells (iPSc) into epithelial stem cells took place.

The hair transplants practiced with an aim of the relocation of hair follicles from hair rich areas to others. This is simply hair redistribution on scalp. For stem cell transplant upon hair, only few hairs are required as opposed to hair transplants. Then the isolated stem cells are grown in lab culture and finally transplanted on the scalp of patient, where they multiply and gradually resume normal health of the scalp.

There is a lot of scope for future research in the field of stem cell therapy for hair. Research is needed for tracing information related to the origin of critical intrinsic properties like hair cycle kinetics, texture, alignment and color. In the days to come, stem cell therapy is bound to find substantial applications in the spheres dermatology and cosmetics.

Radiation therapy or chemotherapy serves to destroy the carcinogenic or cancer cells in the body, but induces the side effect that cells in the bone marrow also get deformed and damaged in the process. This impairs metabolism and healthy functioning of the body.

Stem cell transplantation with the help of donor’s cells helps to restore the normal functioning of the bone marrow cells. It has another desirable effect. In case, few of the malignant cells do not get destroyed during chemotherapy, they will most likely be destroyed by the transplanted stem cells.

Once thought impossible to cure, cancer refers to uncontrolled proliferation of malignant cells formed in blood, bone, lungs and remaining parts of the body. Stem cell therapy has infused a lot of hope in this domain, as it has been effective treatment in saving innumerable patients from blood and bone cancer.

Embryonic stem cells are the most effective sources of stem cell transplantation for cancer therapy. These can be obtained from infants as in cord blood extraction.

Sources of stem cells for cancer therapy are: –

After that, the healthy donor is selected on the precondition that the genetic constitution of donor is compatible with that of the host.

During patient’s conditioning with the help of chemotherapy or radiotherapy, the malignant blood forming cells are destroyed, creating a condition of blood deficiency. Stem cells, once implanted in the patient’s body grow to form Red blood cells, white blood cells or platelets and restore blood count to normal.

After destruction of cancer cells by chemotherapy or radiotherapy, isolated stem cells are implanted in the body of the patient. Gradually, they reach the bone marrow, where they develop specialized cells with functions resembling that of bone marrow cells.

Hence many parents intend to store umbilical cord blood, instead of discarding them for being a safety weapon for the child or any other family member. It can be used for allogenic transplants as in matched unrelated donor transplants.

Diabetes mellitus is a metabolic disorder, which occurs due to deficiency or improper functioning of a hormone called insulin, secreted by the gland called Pancreas. The body of a diabetic patient is unable to convert glucose into energy. It may be classified into two categories:

Diabetes, once developed in a patient is nearly impossible to cure. However, a patient needs to refer to regular medications for limiting the effects induced by diabetes.

Stem cell therapy is used as an alternative cure, when a diabetic patient’s body is either not treatable by medications, or in few cases to reduce drug dependence. Important initiatives have been taken in the field of stem cell based therapy by Boston area Stem Institute and Biotech Semma Therapeutics together. Harvard Stem cell research Institute (HSCI) is another pioneering player in this domain.

In the case of Type 1 diabetes, the patient suffers from a genetic deformation wherein the body’s immune system destroys beta cells, which are responsible for production of insulin.

Hence, due to insulin deficiency, blood sugar level in the patient’s body is not properly regulated. In order to cure Diabetes type 1, isolated stem cells which may get converted into beta cells are transplanted in the body of the patient.

According to research conducted at the HSCI, a skin cell derived from the patient or donor can be suitably treated or genetically modified to form another cell with the properties of Embryonic stem cells.

Stem cell therapy is not known to cure Type 2 diabetes so far. However with the growing impetus on stem cell sciences these days, it is expected that a stem cell technique which acts as to stimulate insulin to function normally inside the body, would soon be discovered.

I hope you have found our article related what is stem cell therapy valuable for you. For more knowledge to make yourselves healthy then stay tuned with us. 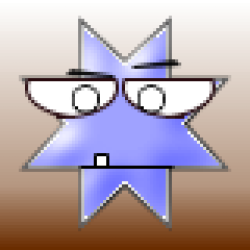