You are here: Home / Health / Symptoms of AIDS or HIV

The Science and Symptoms of AIDS or HIV

The symptoms of AIDS are characterized by weakening of the immune system, making people more vulnerable to infections and diseases. It is the result of different organ failure due to decrease of blood cells called CD4 and T cells.

Acquired immune deficiency syndrome (AIDS) is one of the most life threatening health risk today. AIDS is not a single disease but a set of diseases called syndrome. This disease is developed due to HIV (Human Immune deficiency Virus).

The earlier you have HIV diagnosed and start treatment, the better your likely long term health. Without proper treatment, average survival time of the person after infection with HIV is estimated to be nine to eleven years, depending on the HIV sub-type.

HIV often gets transmitted from people who simply don’t know they are infected.

This disease process is characterized by a group of symptoms . Symptoms of AIDS or HIV are similar to simple viral infection. Symptoms of AIDS differ from person to person. Some people may not get any symptom of AIDS at all for many years.

People infected with HIV may take seven to ten years to develop AIDS although the symptoms of AIDS will be seen before that. It is the advanced stage of infection with HIV. Sometimes it take longer for symptoms of AIDS to occur. You don’t need to have any signs of disease yet.

Naturally the symptoms of AIDS begins six weeks to three month after the infection.

A person’s diagnostic changes from HIV to AIDS is when either their CD4 cells falls below two hundred or they developed infection. Early symptoms of AIDS or infection maybe mild and easily dismissed.

From mother to child during pregnancy, childbirth or breastfeeding.

Symptoms of AIDS or HIV are of four stages

After initial infection one can feel the symptoms of AIDS such as  flu and swollen glands while some are asymptomatic. It’s during this time that it’s crucial to identify if HIV is the cause. In this stage your viral load is very high which greatly increases the risk of passing it on. At this patient the virus is moving into blood stream and starting to replicate in large numbers.

Once the sero conversion stage is over, many people start to feel better as the virus may not reveal any symptoms of AIDS or HIV for up to ten or fifteen years. However, the virus will still be active. Over time this will cause a lot of damage to your immune system without showing any symptoms of AIDS.

When the immune4 system has been so badly damaged that it can no longer fight off serious infections and diseases. At this point you are more likely to get serious infection or bacterial and fungal diseases that you would otherwise be able to fight off. These infections are referred to as opportunistic infection.

Besides serious infection, the nervous system may be affected which can result in motor loss or AIDS related dementia.

When you have HIV virus, but aren’t symptomatic yet, you are sero positive. That means there are HIV antibodies in your blood.

The Common Symptoms of AIDS are

Additional Symptoms of AIDS in females

The symptoms of AIDS in both male and female are almost similar.

There’s a big difference between the symptom of HIV and symptom of AIDS (advances HIV).

If you have any of these symptoms Of AIDS and think that there is even a slightest chance that you might have exposed to HIV, consult a doctor

The Importance of getting tested

Many HIV positive people are unaware that they are infected. The only way to know for sure if you have HIV is to get tested. If your test is negative, you can be confident that you are not affected. Usually infections take up to two months to be picked up by a test .

But if the last time you could have been exposed to HIV was more than three months ago, you can be sure that your negative result is accurate and that clears that you do not have HIV. HIV-1 testing is initially by ELISA to detect antibodies to HIV.

HIV and AIDS can be treated with medication, but can’t be cured. Anti-retroviral slow down the multiplication of the virus, but doesn’t kill it.

To support the treatment, AIDS patients often get medications to boost the immune system and fight against infection.

According to Ayurveda the life science, AIDS is primarily a disease of low ojas (immunity), the vital sap of the body. The AIDS disease may be correlated with kshaya or ojakshaya meaning loss of energy. Shosha is another condition which result from loss of energy that is similar to AIDS.

The disease is caused by kapha dominancy along with other doshas tends to block the path of the flow of rasadi dhatus, thus resulting into the disease.

Ayurvedic suppliments are proven to be harmless without any side effects for the reduction of the symptoms of AIDS or HIV along with the prevention of it. Its benefits upon young generation may help a lot.

Ojas is the responsible factor for the physical and mental strength to resist the diseases.

Ayurveda has many effective therapies such as rasayana which specifically deals with increased immunity and vitality as the result the symptoms of AIDS will be reduced and the strength will be gained. The line of treatment aims at the relief of the expressed symptoms of AIDS or HIV along with the underlying cause.

After the initial detoxification, the patient is given medications which mainly contain drugs like AMLA (amblica officinalis), BALA (sida cordifolia), HARITAKI (Terminalia Chebula), NIRGUNDI  (Vitex Nirgundo), AMRITA (Tinospora Wedifolia).These are found very effective in reducing the symptoms of AIDS and prevention of it.

The emotional and moral support to the patients is very important. The patient should be given nourishing food that are easily digestible by them. Ayurvedic medications and rasayana therapy are given to strengthen the immune system along with relieving the symptoms of AIDS or HIV and curing the disease.

Afterwards shodhana (elimination) technique is administrated for the elimination of the toxic. Nourishing diet with medicated ghee, preparations and soups are given. These patients are advised not to use spicy, oily and acidic foods as these will aggravate the condition. 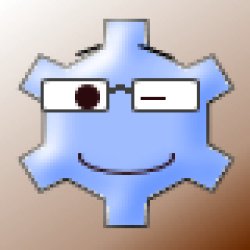