You are here: Home / Health / Symptoms of Appendicitis – Causes and Treatment

It’s a common medical condition, caused by inflammation in appendix mostly at the age of 10-30 yrs. Upon the occurrence of symptoms of appendicitis it requires immediate removal of appendix by surgery which is referred to as appendectomy.

Appendix is a tube or vermiform liked organ present in the lower right abdomen region of the body. As per the experts appendix is a vestigial structure and some consider appendix helpful in maintaining the gut flora.

According to the studies male predominance is seen over female in appendicitis.

Often appendicitis symptoms are misunderstood as other health issues and some of conditions can also mimic like it, proper diagnosis with in apt time frame is very important, if not treated inflamed appendix may burst spreading infection in the whole body and can be more fatal by causing peritonitis.

It may occur due to blockage of appendix which may be complete or partial in case of complete blockage immediate surgery in needed. Blockage may be caused by:

When there is blockage in the appendix it may help to flourish bacteria inside it leading to the formation of pus, also increasing the pressure on the blood vessels and reducing blood supply to that part, which may further cause gangrene. Peritonitis and abscess are another issues faced during appendicitis.

Peritonitis i.e. inflammation of abdominal tissues, if the appendix rupture it causes other nearby organs to be infected. Rupture appendix may lead to accumulation of unwanted substances in the abdomen making it a risky situation.

Instead of rupture if appendix leaks it’s called as abscess.

What are the symptoms of Appendicitis?

In early stage appendicitis symptoms may be mild but as they persist it becomes more intense, in child and adults usually symptoms of appendicitis are seen same which are as follows:

In some cases no symptoms of appendicitis is seen. The rupture period of appendix may take 48-72 hours, so it is advisable to consult doctor as soon the appendicitis symptoms appears.

This can be little tough! as the symptoms of appendicitis are common to many other health issues like gastroenteritis, urinary tract infection (UTI), kidney stones and Crohn’s Disease.

It’s not necessary that everybody will have appendicitis, examination by doctor is must. Patients with fever, pain in right abdomen which doctor pushes there and as per his prescription following test can be done:

Removal of appendix called as appendectomy, is the most common solution for appendicitis. Some results shows that having antibiotic may help avoiding surgery. If the rupture seen in patients is present from many days, it may cause abscess.

There might be both possibility that is drainage of the pus formed or removal of appendix. Sometimes doctor may find it apt to remove appendix which is normal as it is senseful to remove appendix than facing sever future infections.

Laparoscopy is the new advancement, which is more easy and faster than the old surgical method used in removal of appendix. If appendicitis is detected it is removed by passing special instrument in the abdomen called laparoscope.

Process of surgery include making a small cut and inserting laparoscope, which provides inner images and once the appendicitis treatment is done the cut is sealed. Recovery time by laparoscopy depends on the individual but it is less than in open type of surgery method.

This method of surgery has its own benefits like, less painful than convectional surgery, it also allows the doctor to have an inside look so that he can insure about remaining infection or clear cause of appendicitis. Drawback of laparoscopy that it may damage the other inner organs while examination.

After effects of treatment:

After surgical procedure, concern is new infection in the wound which may require another dosage of antibiotic to overcome the infection caused.

In severe condition abscesses in seen, pus formed can be drained, dizziness, vomiting and constipation. Infections are less common in the laparoscopy.

Effects of Appendicitis in Pregnancy?

Appendicitis can be real painful for the pregnant women, thought its common in 2nd and 3rd semester of pregnancy. Its diagnoses can be difficult some time as the symptoms of appendicitis can be misunderstood to normal pregnancy discomfort.

Avoiding or delaying diagnosis can be risky for the mother and the baby. The infectious particles can be harmful for the baby.

Formation of pus and rupture of appendix is common in pregnant women as in normal women. Appendectomy is suggested as appendicitis treatment without any delay, proper monitoring and care is needed for pregnant women by their doctor or physicians. The recovery period may take up to two – three weeks.

How can I prevent Appendicitis?

It’s always suggested “that prevention is better than cure” there is no hard and fast way of appendicitis treatment, it can happen to anybody irrespective of their sex.

Through diet and proper life style the occurrence of symptoms of appendicitis may be controlled.

Research suggested that incorporating fiber rich food in your diet can be helpful.

High fiber food can help to prevents many diseases a rich fiber diet can help to clear out the digestive tract. As per the studied conducted there is lack of fiber consumed product by the americans, which can be a challenging health situation.

A Healthy Outside starts from Inside…!!!

Having rich fiber diet can help to regular bowel movement, maintain cholesterol and also can fight against cancer. 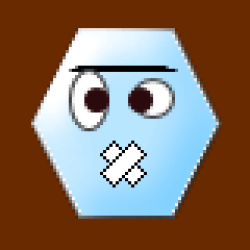