You are here: Home / Health / Symptoms of Malaria – Causes, Types and Prevention

Knowing the early symptoms of malaria fever helps in early diagnosis to save life as well to control spread. Malaria is a dangerous life threatening fever. It is transmitted through female Anopheles mosquitoes. The disease causing microbe is Plasmodium. The fever develops in an individual with in 10 to 14 days after being bitten by infected mosquito.

Common symptoms of malaria include:

Symptoms of malaria in children

Gradually the other symptoms of malaria appear in children like;

When to see a doctor

If someone is experiencing the early symptoms of malaria like, intermittent hot and chill episodes with fever, headache, and general body pain. In addition, if the individual is having a recent history of travel to malaria prone area, it is better to see a doctor at the earliest.

A doctor will be able to diagnose it through physical examinations and review of health history. Presentation of early symptoms of malaria like intermittent hot and chill episodes with fever and recent travel to tropical climate area is considered mainly. The patient may be checked for any enlargement of spleen or liver.

Once the patient presents the symptoms of malaria, a blood test (RDT- Rapid Detection Test) is advised to detect the disease.

Most common type of malaria

Malaria fever caused by Plasmodium falciparum is the most common one. It causes severe form of malaria. In addition to the general symptoms of malaria patient may experience severe complications like;

Residents of malaria disease prone area acquire partial immunity against malaria as they are frequently exposed to this fever. This immunity only helps to lessen the severity of the symptoms of malaria. This partial immunity may get lost if one is moved to another place.

Anti-malarial drugs are available and they are found very effective. One should stick on the instruction while having the medicine, regarding its dosage and prescribed duration. People returning from the malaria prone areas should continue the medicine for 1 to 4 weeks to ensure the complete elimination of pathogens.

First and foremost step is to prevent mosquito bite

Clothing: Use protective clothing like pants and long sleeved shirts.

Mosquito nets: Use of mosquito nets should be encouraged as a best preventive measure for malaria.

Insecticides: Spray flying insecticides indoors as well as around the house to prevent mosquitoes.

Regular fumigation: It is a very effective measure to control mosquitoes.

As the travelers are susceptible to symptoms of malaria, they should take necessary steps to prevent the spread of the disease once they are back at home.

How the different types of malaria are detected?

Whenever a patient presents with the early symptoms of malaria, a blood test is advised to confirm the disease. The blood test also gives the information like; type of parasite, resistant to which type of drugs, presence of anemia or damage to any vital organs.

Who all are at risk of getting malaria?

People with low immunity like young children, elderly people, pregnant women, their unborn children or infants are at risk of getting this disease. This fever is common in warmer regions (tropical and subtropical) of the world. People who visit from no malaria areas are also at risk. Whenever the symptoms of malaria are noticed in such people, it is better to seek medical attention at the earliest to save life.

How would I know whether I have malaria without doubt?

One of the main symptoms of malaria is intermittent chills and fever attack. In addition to that queasiness, muscle hurt, headaches and vomiting are also present it is a clear indication of malaria.

Is malaria an infectious disease?

Malaria is not an infectious disease. It never spreads from individual to individual like flu or not sexually transmitted one. This fever spreads only through specific carrier agent, i.e. female anopheles mosquito. Bite of infected mosquito is the only reason for malaria.

How long it takes to present the symptoms of malaria after getting infected?

This time period between infected mosquito bite and presentation of symptom of malaria is called incubation period. It is normally 10 to 14 days. But in Plasmodium vivax or Plasmodium ovale infections it may up to a year.

How malaria is transmitted?

Female anopheles mosquitoes suck the blood of a malarial patient. The parasites enter in the body of the mosquitoes and halts in the salivary glands.

Whenever the mosquitoes nibble another healthy individual for blood, these parasites enter in to the body through the saliva of the mosquitoes.

What are the other chances to get malaria other than mosquito bite?

An infected mother can pass malaria to her baby at birth. Organ transplantation as well as blood transfusions are also can spread of this fever.

Why recurrent fever and chills appears as one of the main symptoms of malaria?

Some varieties of malaria like one which is caused by Plasmodium vivax or ovale may relapse. They cause milder disease and can persist as inactive forms in the body for months or years.

What happens to the body while one gets malaria?

While an individual is bitten by an infected mosquito, the parasites present in the saliva of the mosquito infuse in to the blood.

These parasites reach in the liver and there they multiply. This is the time patient feels the early symptoms of malaria like flu or feverish. These newly produced parasites again enter in the red blood cells and again multiply in to next infective form. They comes out of by rupturing the blood cells, and the mean while patient experiences the main symptoms of malaria like recurrent episodes of high fever.

What happens if malaria is left untreated?

If not treated timely after noticing the symptoms of malaria, it can cause problems like;

Which part of the body gets mainly affected by malaria?

It initially affects red blood cells and liver. This can lead to anemia one of the main symptoms of malaria. As blood supply decreases the muscles also gets affected and presents another symptoms of malaria like fatigue and muscle pain. Malaria affects brain also leading to coma.

How malaria is treated?

Effective Prescription drugs are available for malaria treatment. The person having susceptible symptoms of malaria should start the drug as early as possible.

Duration and dosage of the drugs are determined on the basis of age, types of parasite infected or other conditions like pregnancy etc.

What to do if someone in the family is diagnosed with malaria?

The patient showing the symptoms of malaria should start the medicine at the earliest. Care should be taken to destroy all the mosquitoes in surroundings.  Patient should use mosquito nets or repellents to prevent further mosquito bite to prevent spread of disease.

Which is the best diet for malaria?

Intake of enough of fluids is a must. The patient should switch in to a high carb, high protein diet with enough of fruits, as soon as the symptoms of malaria have been noticed. It is compulsory to avoid fried and junk food. 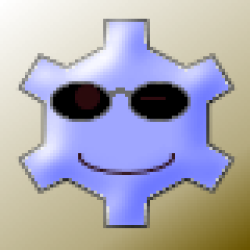